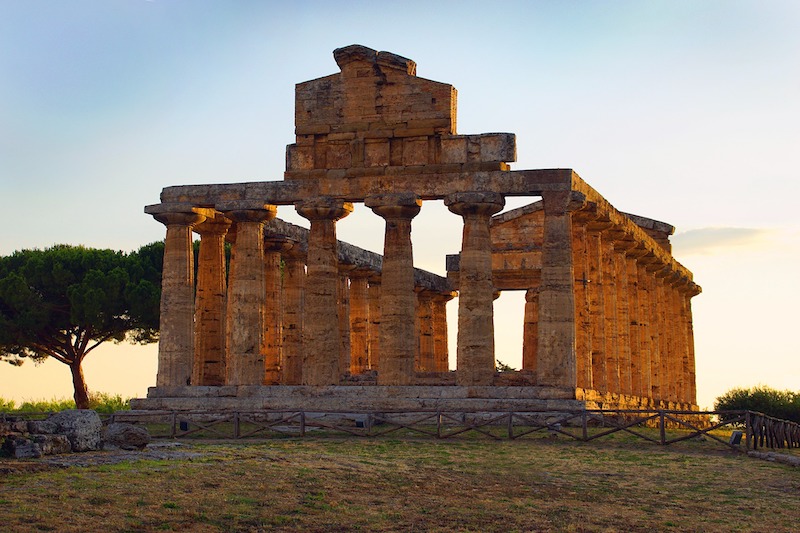 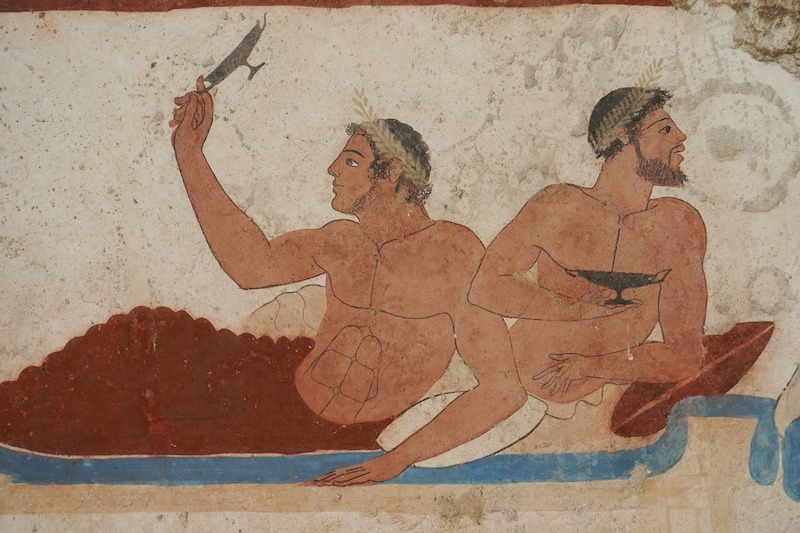 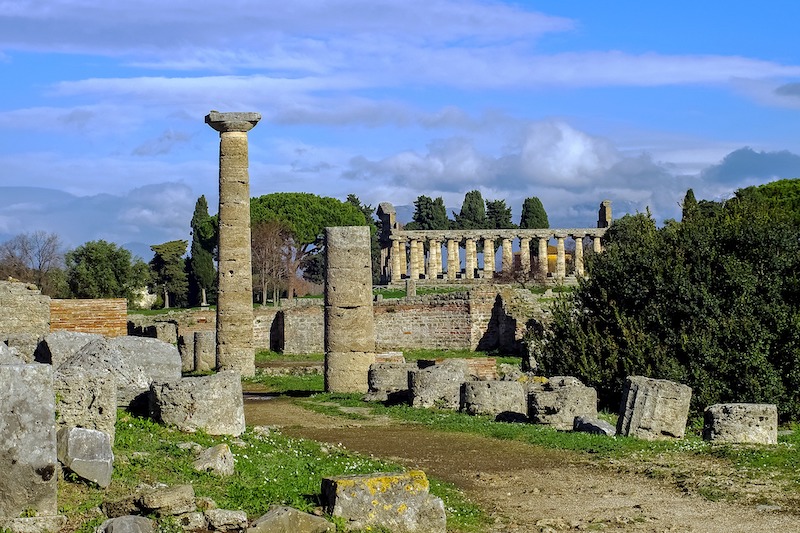 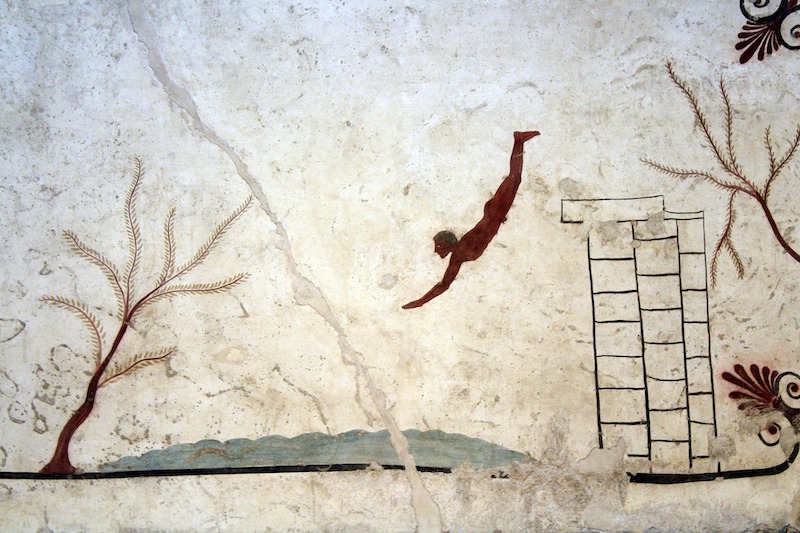 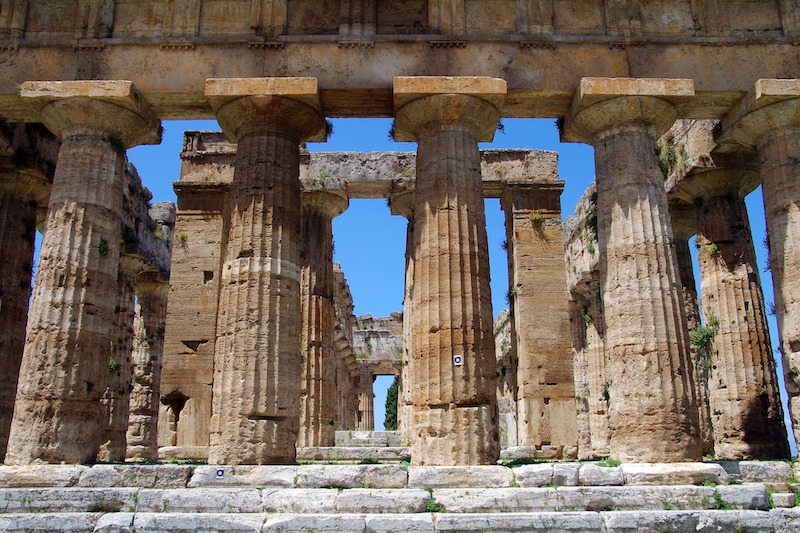 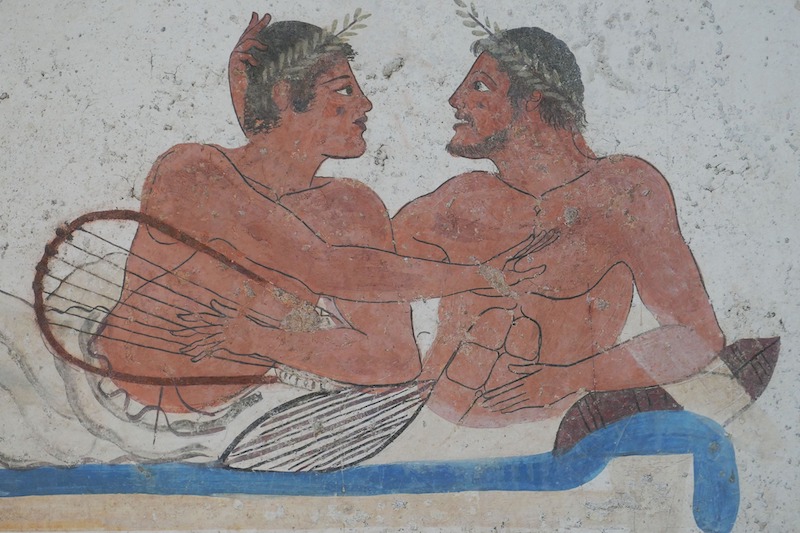 Paestum is a huge and well conserved archaeological site, 100km south of Naples.

It was a Greek colony founded around the seventh century BC. The Doric style of its three main temples (dedicated to Hera, Neptune and Cerere) have been acknowledges as Human Heritage by UNESCO.

Recently a new temple has been discovered: the Atisan’s temple, which casts new light on local everyday life, in a very fertile area. Paestum was abandoned in year 500 A.C because of a devastating epidemy of malaria. Its ruins were then discovered in the XVIII century.

The archeological site is rich with tombs, which were painted by the Greeks with frescoes. The ‘Tomb ofthe Diver’ is perhaps the most famous one, the only example of Greek painting with ﬁgurative scenes, coming from the Classic, Archaic and Hellenistic period, which has survived in its entirety. Among the thousands of Greek tombs known at that time (700-400 BC) this is the only one that was decorated with frescoes of human subject. The scenes on the walls represent a total of ten men who entertain a banquet, lying on klinai: one playing the lyre, one plays the ﬂute, one plays the còttabo (trying to hit the target with the sip of the wine in his cup), two in particular linger in attitudes of homosexual affection, a typical Greek habit: it is the ratio of pederasty, where one of the two men is in adulthood and the other one is a teenager, in a relationship pupil/teacher. 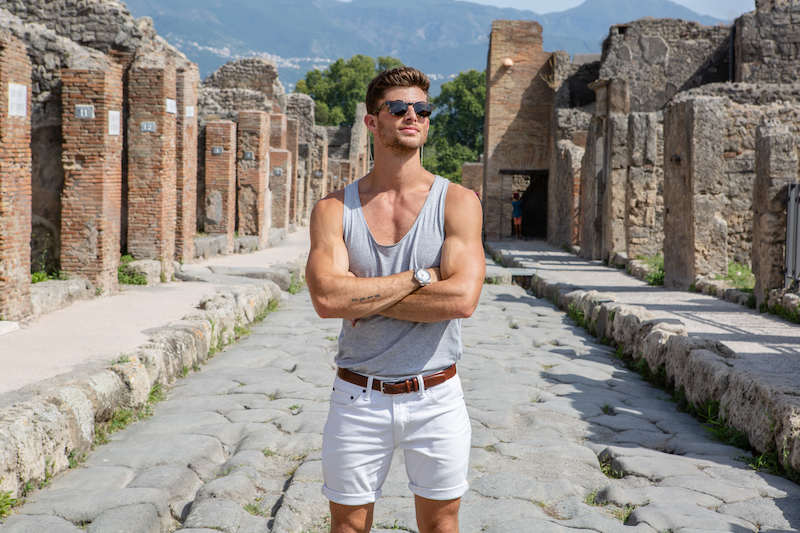 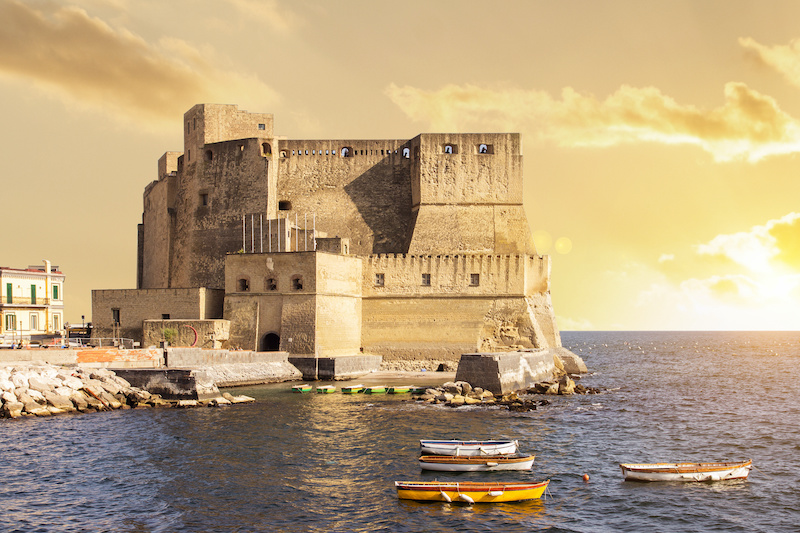 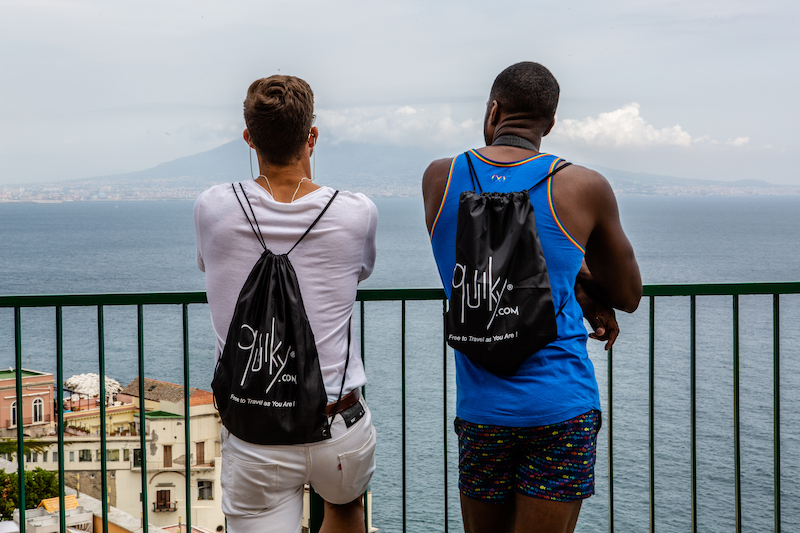 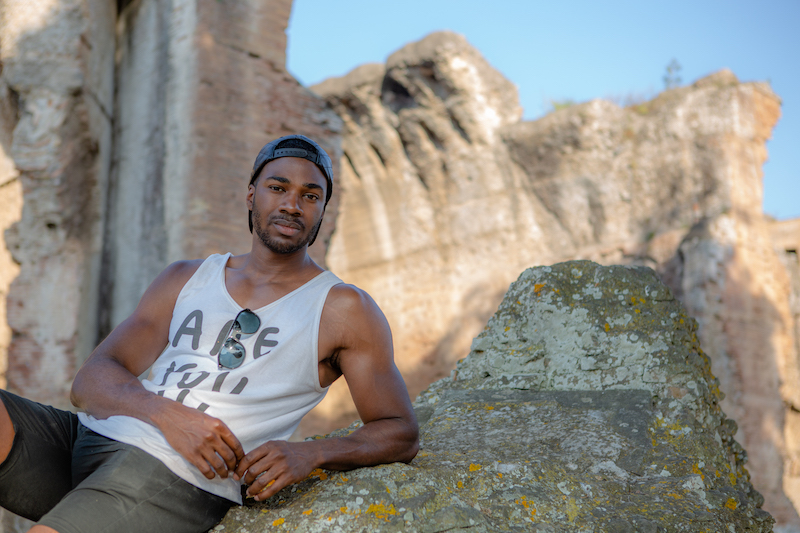